نویسنده
Mandeep O'Brien
UNICEF
Resident Coordinator a.i.
mobrien@unicef.org
Over the past twenty years, Mandeep O'Brien has served in the UN, across three agencies. Prior to her appointment as UNICEF Representative in Iran (July 2019), she was Deputy Director for Inter-governmental Relations, Resource Mobilization, IFIs Partnerships in the Public Partnerships Division (2016-2019) and Senior Adviser and Team Leader for UN Partnerships (2013-2016) in UNICEF Headquarters. She was UNFPA Deputy Representative and Representative a.i. in Viet Nam (2011-2013) and Strategic Planning Specialist in UNFPA New York (2006-2010) with a focus on social policy implementation in ten countries across Africa and Asia. Ms O'Brien started her UN career in 2000 as UNDP National UNV Coordinator in India and worked as National Programme Officer in India till 2005. She holds a Master’s Degree in International Affairs, Fletcher School of Law and Diplomacy (USA); and a Master’s Degree in Sociology, Delhi School of Economics (India) and Advanced Certification in Health Research Methods, London School of Hygiene and Tropical Medicine (UK). Ms O'Brien is a recipient of the President of India’s Kunda Datar gold medal for academic excellence. She is married and a proud mother of a daughter. 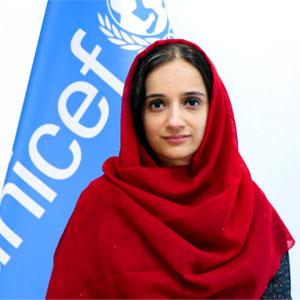 نویسنده
Alexander Fedulov
UNODC
Representative
alexander.fedulov@unodc.org
Alexander Fedulov has worked in the drug control field for more than 26 years, including senior managerial positions with UNODC in Kyrgyzstan, Iran and in the Federal Drug Control Services of the Russian Federation. He was FDCS Representative in the Republic of Austria with a diplomatic post as the Counsellor of the Embassy Russian Federation in Austria. He was a Chief of Unit, Department of International Cooperation FDSC of the Russian Federation and Chief of Forensic section at the police service of the Forensic Department of Moscow Main Directorate of Interior, Ministry of Interior. During his law enforcement service at the Ministry of Interior (MoI) of the Russian Federation, he served as member of the UN peace keeping contingent of the Russian MoI in Bosnia and Herzegovina in UNMIBH (UN Mission in Bosnia and Herzegovina) in 2000-2003. Among different positions within the UN peacekeeping mission to BiH, the latest was the IPTF Chief of Logistics of the UN Field Mission at HQ of UN mission to BiH in Saraevo. He holds a PhD in Political Science. 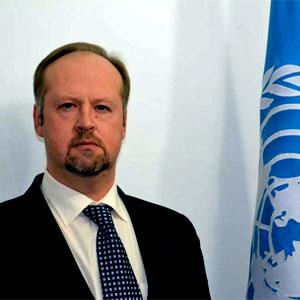 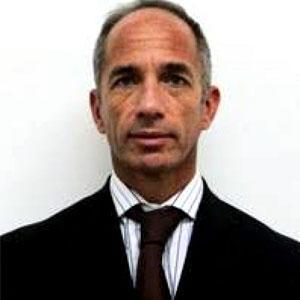 نویسنده
Cvetan Cvetkovski
یونسکو
Other
c.cvetkovski@unesco.org
Cvetan Cvetkovski has worked in the legal field in Macedonia for 12 years, holding various positions including Legal Advisor at the Constitutional Court, Head of the Department for Human Rights in the Ministry of Justice, and Government Agent before the European Court of Human Rights. From 2000 to 2002 he was the Senior Advisor to the President of the International Criminal Tribunal for Rwanda, United Nations. He has a PhD in Law from St. Cyril and Methodius University, Skopje, Republic of Macedonia. 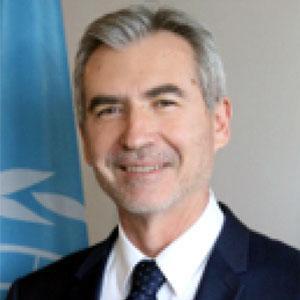 نویسنده
Fardad Doroudi
UNAIDS
Country director
doroudif@unaids.org
Dr Fardad Doroudi has been working in the United Nations since 1999; serving as UNAIDS Country Director since 2009. He got his doctorate in Medicine from Iran University of Medical Sciences in 1992. Dr Doroudi got his Education Commission for Foreign Medical Graduates Certificate in 1998 from the United States. He continued his studies in the field of Advanced Leadership and Management in Health Care and also Clinical Trial Research at McMaster University, Canada. Dr Doroudi completed Master of Public Health with Tehran University of Medical Sciences. Dr Doroudi has two decade of work experience in different United Nations agencies in various positions. Dr Doroudi has conducted researches in various fields at both national and international levels and published books and articles in the field of medicine and management. Dr Doroudi has served as facilitator and lecturer in various international conferences and workshops. Dr Doroudi has also performed as consultant to various international entities. 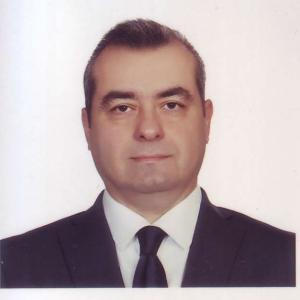 نویسنده
Gerold Bödeker
FAO
Representative
gerold.boedeker@fao.org
Gerold Bödeker took up his duties as FAO Representative in October 2018. He joined FAO in 1993 as Agricultural Economist in the Investment Centre at FAO Headquarters. In 1997 he was appointed Economist in the Global Perspective Studies Unit. From 2007 to 2010, he worked as Project Analyst in the Technical Cooperation Programme Service. In 2010, he was transferred to the Regional Office for Europe and Central Asia in Budapest. He holds a Master’s degree from the University of Reading, United Kingdom. 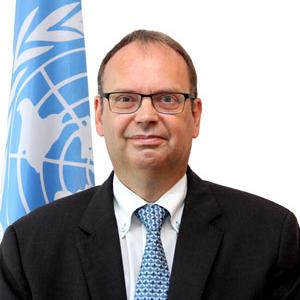 نویسنده
Hideo Ikebe
یوناما
Other
ikebe@un.org
Mr. Ikebe has served more than 17 years in different UN political and peacekeeping missions, with assignments spanning several continents and portfolios, particularly peace and reconciliation processes. Prior to the current assignment, he was Special Assistant to Special Representative of the Secretary-General for Afghanistan. Mr. Ikebe is national of Japan. He holds a Master’s degree in international peace and security from King’s College London, the United Kingdom. 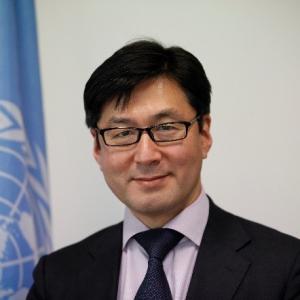 نویسنده
Ivo Freijsen
UNHCR
Other
freijsen@unhcr.org
Ivo Freijsen has 26 years of experience in the humanitarian field, having held senior management and leadership roles in a variety of countries including Jordan, Sudan, Iraq, Egypt, Eritrea and Switzerland, working with UN-OCHA and NGOs such as MSF-Holland, Care USA and the European Commission (ECHO). In November 2018, he joined UNHCR as Representative in Tehran, Iran. He holds an MA in Arabic Language and Middle Eastern studies from Leiden University and also studied at the Clingendael Institute and Cairo University. 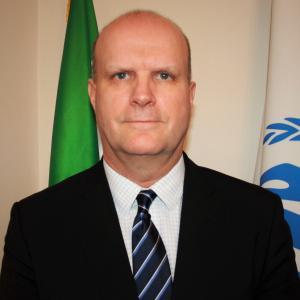 نویسنده
Maryam Javan Shahraki
UNIDO
Representative
m.javanshahraki@unido.org
Maryam Javan Shahraki is UNIDO Representative in Iran since May 2017. She has a master’s and a PhD degree in Political Science and Development Studies from Tehran University, and a PhD in Global Governance from the Balsillie School of International Affairs (BSIA), University of Waterloo, Ontario, Canada. She has also an MBA degree from University of Nice Sophia Antipolis and Sharif University Management Institute. Before joining UNIDO, Javan Shahraki worked as the Director of Foreign Investment and International Affairs at the Supreme Council for Science, Research and Technology of Ministry of Science and Director of International Relations at the Ministry of Industry, Mines and Trade. Javan Shahraki has developed her academic career as Assistant Professor at the National Research Institute for Science Policy, where she teaches graduate courses in Technology Foresight, Strategic Planning and Development Theories and Conflicted Governance in the Middle East. 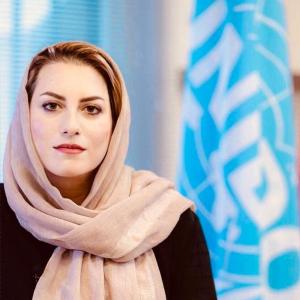 نویسنده
Michael O. Agboola
UNDSS
Other
agboola@un.org
Michael O. Agboola was appointed as the UNDSS Security Advisor for the Islamic Republic of Iran and resumed duty on 30 September 2019. He has 31 years of continuous Security/Law Enforcement experience which includes 17 years of international experience in five different UN field missions.
Prior to his current appointment, he was the Security Coordination Officer at the United Nations Office to the African Union (UNOAU) in Addis Ababa, Ethiopia for one and half years. Before then, he was the Deputy Chief Security Advisor for Liberia and served in that capacity for six years. Specifically, he served at different capacities in (East Timor) UNTEAT 2000 to 2002, (Liberia) UNMIL 2004 to 2005, (East Timor) UNMIT 2007 to 2008, (Lebanon) UNIIIC 2008 to 2009 and (Liberia) UNMIL 2009 to April 2018. Outside the UN and while serving with the Nigeria Police Force, he rose to the rank of Assistant Commissioner of Police.
His training in both Police Academy and civil universities have provided him with a great sense of discretion and excellent skills in training, developing people, building trust, managing relationship, providing effective leadership, planning, and decision-making. He holds a bachelor’s Degree in Education/Economics and master’s degree in Business Administration - Management (MBA). He is a graduate of the Nigeria Police Staff College. He is married with children. 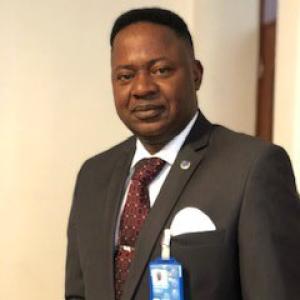 نویسنده
Mohammad Rajai-Moghadam
UNIC
Other
rajai-moghadam@un.org
Mohammad Rajai-Moghadam has worked for UNIC Tehran since 1991 as Information Assistant and then as National Information Officer (NIO) from 1997 onward. Prior to working at UNIC, he worked as a journalist for the English Daily Kayhan International. He holds bachelor’s degree in Political Science from the University of Massachusetts in Boston. 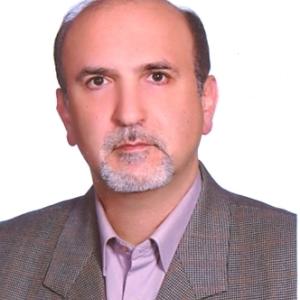 نویسنده
Mohammad Safari
IOM
Other
msafari@iom.int
Educated at Harvard Business School in Strategic Thinking and Strategic Management, Dr Mohammad Safari also studied Doctorate in Business Administration (DBA) at University of Tehran; MA in Entrepreneurship at Shahid Beheshti University, MA in English Translation and Interpretation and BA in Theoretical Economics at University of Tehran. With UN Migration Agency (IOM) since 2008 in different capacities, Dr Safari initially served the organization in capacity of an intern and is currently leading the mission in the Islamic Republic of Iran. His forte is strategic management, business analysis, program development and management. 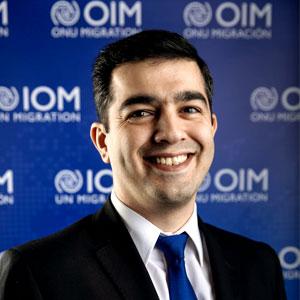 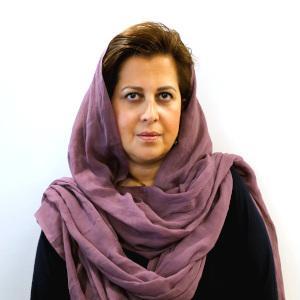 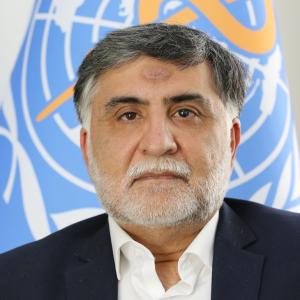 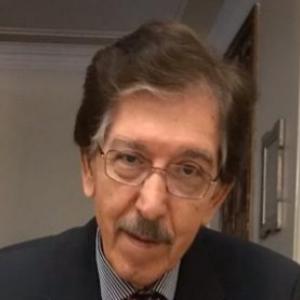