Permenant Delegation of the Islamic Republic of Iran

It was with great sorrow that l learnt of the passing of Mohammad Reza Shajarian, a man who touched the hearts of so many people - in Iran, among Persian speakers in the region, and around the world. On behalf of UNESCO, l would like to extend my sincere condolences to you, to his family, and to the Iranian people.

l know how attached you were to him, and what a heavy loss this is.

Not only was Mr Shajarian a talented vocalist, with an absolute mastery of classical Persian musical styles, he used his art to defend humanitarian and educational causes. With his clear and uncompromising voice, along with his musical expertise, he broke down barriers between individuals, countries and cultures. For this reason, he received UNESCO's Picasso Award in 1999, after his performance of Omar Khayyam's poetry at the Organization. Me was also awarded UNESCO's Mozart Medal in 2007, at the farewell ceremony organized in your honour as former President of the General Conference of UNESCO, and at the end of your ten-year mission to the Organization.

Over more than six decades, Mr Shajarian used his artistic virtuosity to show the beauty of Persian classical poetry in a new light, including that of Saadi, Hafez, Mawlana Jalaluddin Rumi, Attar and Omar Khayyam. He allowed new generations of Persian speakers in different countries to rediscover their cultural identity and shared heritage and, in doing so, strengthened the cultural bonds of the people of the region.

In recent years, Mr Shajarian courageously fought illness, while remaining deeply connected with the Iranian people, the people from whom he gained his inspiration and the people for whom he sang. In doing so, he showed the many ways in which culture can bring us closer together, by revealing our common humanity. In his view, humanity was the aim of ail arts, and humanity should rule the world. This fully ties in with UNESCO's mission: to build the defences of peace in the minds of women and men.

Mohammad Reza Shajarian's legacy will long live on in our hearts and minds.

Please accept our deepest sympathies on his passing. 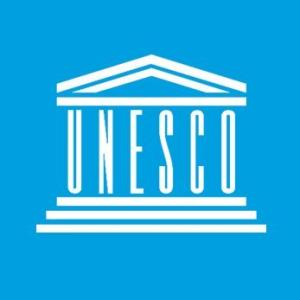