Wetlands cover around 6 percent of the Earth’s land surface and 40 percent of all plant and animal species live or breed in wetlands.

Wetlands cover around 6 percent of the Earth’s land surface and 40 percent of all plant and animal species live or breed in wetlands.

More than a billion people across the world depend on wetlands for their livelihoods – that’s about one in eight people on Earth.

However, wetlands are among the ecosystems with the highest rates of decline, loss and degradation.

Wetlands are disappearing three times faster than forests and are Earth’s most threatened ecosystem. In just 50 years — since 1970 — 35% of the world’s wetlands have been lost.

In Iran, the United Nations is working closely with national and international development partners to conserve Iran’s wetlands.

Conservation of Iranian Wetlands Project (CIWP) is a joint initiative between Iran’s Department of Environment (DOE), the Global Environment Facility, Government of Japan, and UNDP in Iran.

To date the project has supported the introduction of integrated and participatory ecosystem-based approaches for the conservation of around 38 wetlands in Iran in more than 25 provinces.

Since 2014, together with the Government of Japan, we have been supporting Lake Urmia restoration efforts. The project covers 202 villages in East and West Azerbaijan.

To date we have reached the following results while working with around 14,000 farmers:

Alongside this, UNDP Iran is implementing the Sistan Project – a joint initiative between the DoE, other national partners and the European Union’s Department of International Partnerships (DG INTPA) to boost socio-economic development in Sistan and Baluchestan province, restore Hamoun Wetlands and promote alternative climate-smart livelihoods.

To date, the following has been achieved:

The Hamouns are transboundary wetlands on the border of Iran-Afghanistan and cover three lakes. The wetlands have always been a unique ecosystem of critical local, national and international importance with ecological and socio-economic values. However, due to acceleration of climate change, mismanagement of water resources, use of traditional irrigation systems by the local farmers, and lack of a formal agreement between Iran and Afghanistan, the once fertile wetlands have dried up drastically in the past two decades.

A bordering province with Afghanistan, UNDP Iran will continue to work closely with national and international partners to enhance the capacity and resilience of the refugee hosting community. 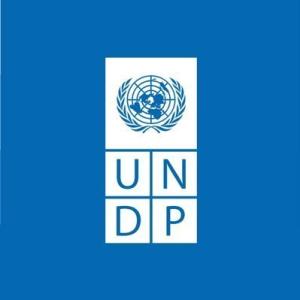