Representing over 20 Iranian entities and divisions from both public and private sectors, during this five-day workshops the participants were provided with requisite vision, understanding, tools and hands-on training on developing climate rationale, collecting required data and information, assessing project idea, concept note and full proposal.

Besides, the attendees were trained on critical project-formulating concepts including Paradigm shift, Theory of Change (TOC), Simplified Approval Procedures (SAP), and Performance Measurement Framework, according to the six criteria for Green Climate Fund investment.

Within this workshop the national approval process for accessing GCF funds was also reviewed and discussed by the participants. This assessment process, which is called the No-Objection Procedure (NOP) is an evaluation method developed for the National Designated Authority (NDA) at the Department of Environment. NOP will enable NDA to evaluate, assess and score all prospective concepts and projects who wish to access GCF funds.

Being partnered with the Department of Environment and the Green Climate Fund, “FAO is committed to support Iran’s National Designated Authority (NDA) and respective stakeholders to engage with the international bodies and to access the climate finance to limit or reduce greenhouse gas emissions, adapt to the impacts of climate change and boost climate-resilient development in the country,” emphasised Mr Gerold Bödeker, FAO Representative to the Islamic Republic of Iran in his remarks delivered at the Worksop.

Reiterating the fact that “FAO stands ready to assist the Islamic Republic of Iran as it raises its ambition on climate action,” Mr Bödeker further underscored that the “Organization works closely with its international and national counterparts to build a good understanding of global green-climate approval process modality and criteria among engaged stakeholders in the country.”

FAO, being the lead UN agency in promoting climate-smart approaches, practices and techniques in the agriculture sector, implements the project “Green Climate Fund Readiness and Preparatory Programme of the Islamic Republic of Iran,” supporting the country in its efforts to preserve the environment and biodiversity, and build the resilience among millions of rural family farmers. 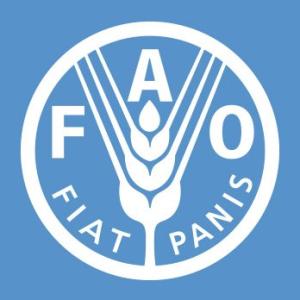 Food and Agriculture Organization of the United Nations

FAO
Food and Agriculture Organization of the United Nations