Nazanin, 11, lives with her mother and eight brothers in a small house in Saveh refugee settlement, in Iran’s central Markazi province. The family fled Afghanistan in 1985 and have been living in Iran since.  Nazanin’s mother struggles to support her children’s education after the death of her husband, the family’s sole breadwinner, last year.

Born and raised in Iran, Nazanin is eager to continue her education. Despite the family’s dire financial situation, she attends school. She is a fourth-grade student at a primary school in Saveh settlement and is already very clear on her career aspirations. She wants to be a doctor when she grows up. “I don’t want anyone to be sick and I want to help my fellow citizens, I want other girls to learn and get educated as well.”

In many traditional Afghan families, boys are given more preference over girls to attend school. Poverty, early marriage, cultural and traditional barriers are amongst factors preventing many girls from acquiring an education. Despite challenges faced by Afghan refugee girls, many like Nazanin, are determined to continue their education and obtain professional qualifications.

Iran’s inclusive refugee policy not only allows refugee access to education, but the government has also exempted refugees from school fees. However, due to rising inflation, many families still struggle to afford other costs associated with education, including school supplies. Given the economic downturn sweeping through Iran, any additional cost increases the risks of children being taken out of school by their parents and send to work and contribute to the family income.

Education incentive for young girls encourages families to send their girls to school in return for cash that every girl receives after each month of regular attendance, contributing to the household economy. This incentive can also dissuade parents from marrying girls off early.

“When you are hungry you have no energy – no energy to work, no energy to go to school and no desire to learn.” Says Bi Bi Shah, Nazanin’s mother.

To ensure refugee children meet their nutritional needs, WFP distributes about 50 MT of school snacks every month, containing biscuits, date bar, and milk amongst refugee boys and girls and their teachers, under strict hygiene protocols in schools or as take-home rations.

For Bi Bi Shah, the school feeding programme is essential for the future of her children because the snacks provided to them are the only nutritious meal they may receive in the day.  Nazanin and four of her brothers receive their school feeding items every day. “I really appreciate this programme, because at least I’m sure my kids don’t go to school on an empty stomach.”

Saveh settlement is Iran’s second largest refugee settlement, established in 1988, the settlement is home to 4,936 Afghan refugees. Iran’s Bureau for Aliens and Foreign Immigrants Affairs (BAFIA) manages the settlement. UNHCR co-funded construction of a 12-classroom school, where Nazanin studies. The settlement has two primary and two secondary schools for refugee girls and boys.

WFP’s school feeding programme provides daily school snacks to 7,500 refugee boy and girl students in 20 settlements across Iran, an essential safeguard contributing to increased enrolment and encouraging parents to keep children in schools. Countrywide, UNHCR has supported the government with construction of 64 schools for refugees and Iranian children.

Iran is home to over 800,000 registered refugees and some 2.6 million undocumented Afghans. Today, more 500,000 Afghan children- including undocumented Afghans and those who have newly arrived in Iran following the Taliban-takeover-are benefitting from Iran’s inclusive education policies, one of the most progressive in the world.

Investing in refugees’ education and ensuring that refugee children and youth have a chance to flourish, will pay dividends for future peace and security. Education empowers them, builds their knowledge, resilience, and competencies, enabling them to learn about themselves and the world around them while striving to rebuild their lives and communities. Educated refugee youth are better placed to rebuild their lives anywhere – including in the country of asylum and at home once it’s safe to return. 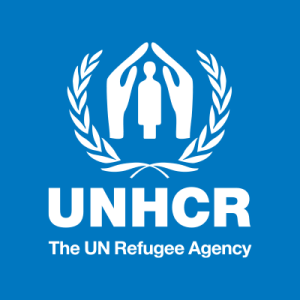 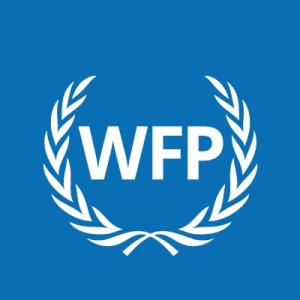