In support of the government-led response, the UN Iran provided assistance and core relief items to more than 5,000 households in the worst affected provinces.

Heavy rain causing severe floods in the south of I.R. Iran left 10 people dead in the provinces of Sistan and Baluchestan, Fars, Kerman, and Hormozgan. The huge amounts of water, following months of drought, resulted in damages to power supply, roads and other infrastructure, agricultural lands, domestic animal husbandry, houses, and access to clean drinking water. In Hormozgan, water and electricity outages were reported in some 30 villages due to the harsh weather, while in Konarak, floodwaters inundated 80% of the city. In Kerman, 339 villages were blocked, and 19 villages were completely evacuated while more than 5,000 houses were damaged.

The Government has provided emergency accommodation for 39,394 people and evacuated 130 people to safe areas. Through Iranian Red Crescent, over 3,000 relief teams with vehicles, ambulances and food and relief items were sent to the flooded areas.

In support of the government-led response, the United Nations in Iran provided assistance and core relief items to more than 5,000 households in the worst affected provinces of Sistan and Baluchestan, Fars, Kerman, Boushehr and Hormozgan.

While being forced to leave flooded homes, people also needed food, and the UN World Food Programme provided Family Food Rations to 2,000 families in Kerman, and 3,000 families total in Sistan and Baluchestan, Hormozgan as well as Fars. A ration contains rice, canned pinto beans, canned tuna fish, green lentils, pinto beans, oil, sugar, tea, and salt and will cover nutrition needs for a family of four people for one month.

In Bushehr and Sistan and Baluchistan, some refugee families also needed special support because of the water. The UN refugee agency, UNHCR, in support of the Government’s inclusive refugee response dispatched food and core-relief-items to refugees as well as host communities in liaison with BAFIA. 300 households in desperate need of emergency accommodation got family tents, plastic tarpaulin, high thermal blankets, sleeping mats, kitchen sets, family hygiene kits, reusable masks, soap, detergent, sanitary pad and family WASH kits to get them through. In the province of Sistan and Balouchestan, UNHCR delivered food packages to 350 families.

Climate change is imposing severe and critical condition in the southern provinces of Iran. Located in an arid and semi-arid sphere, Iran has endured repeated droughts over the past decade, but is also hit by regular floods.
The United Nations Office for the Coordination of Humanitarian Affairs (OCHA) is working with the government and the UN agencies to coordinate the response and identify relief needs and gaps. 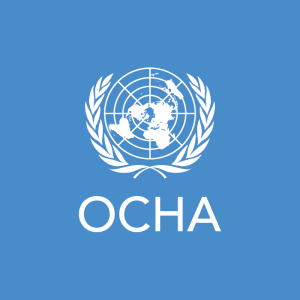 United Nations Office for the Coordination of Humanitarian Affairs