VIENNA, 12 April (United Nations Information Service) — The 64th session of the Commission on Narcotic Drugs (CND) started today by marking the anniversaries of cornerstone drug control conventions and adopting a joint statement on the impact of the COVID-19 pandemic on the implementation of Member States’ commitments to address the world drug problem.

The ceremonial segment, commemorating the 60th anniversary of the 1961 Single Convention on Narcotic Drugs and the 50th anniversary of the 1971 Convention on Psychotropic Substances featured a message from United Nations Secretary-General António Guterres, delivered by the Executive Director of the UN Office on Drugs and Crime (UNODC), Ghada Waly.

The Secretary-General said: “The COVID-19 crisis has shown us how much the world needs solidarity, shared responsibility and international cooperation to improve health coverage, protect our societies and recover better. On these anniversaries and at this session of the CND, I urge you to contribute to these collective efforts.”

The UNODC Executive Director highlighted the need to build and invest in joint action through the conventions to address present challenges: “The growing complexities of the world drug problem impair our efforts to achieve the Sustainable Development Goals in this challenging Decade of Action. The situation has only been compounded by the COVID-19 pandemic.

“Rising poverty and unemployment resulting from the crisis have also further deepened vulnerabilities,” said Ms. Waly. “Studies from the 2008 financial crisis show that in its aftermath, drug use patterns became more harmful while government budgets to address the drug problem decreased. We must be prepared to face similar challenges in the current crisis. At UNODC, we have been assisting policymakers and providers of drug prevention, treatment and care, as well as HIV services, with capacity-building throughout the pandemic.”

At the opening of the General Debate, the Commission adopted by consensus the joint statement, tabled by the Chair of the 64th session, Dominika Krois, Ambassador, Permanent Representative of Poland, on behalf of the Commission. The joint statement outlines new challenges, good practices and actions to take in addressing the impact of the COVID-19 pandemic and reiterates the commitment to ensure that no one affected by the world drug problem is left behind.

Resolutions under consideration by the Commission address access to drug treatment, rehabilitation and social reintegration services; alternative development; scientific evidence-based prevention and treatment; and responses to non-medical use of pharmaceuticals. During the 64th session, the CND will consider the scheduling recommendations of the World Health Organization. The 64th session brings together around 1,400 participants from 128 countries, 19 inter-governmental organizations, and 72 non-governmental organizations.

The CND convenes annually and is the foremost drug-policymaking body in the United Nations system, responsible for monitoring the world drug situation, developing evidence-based strategies for drug control and recommending measures to address the world drug problem. 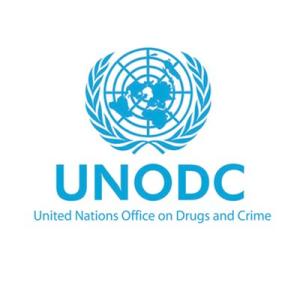