Japanese Government Supports Islamic Republic of Iran with 6.3 million USD Grant Aid through WHO to Strengthen National Capacity Against COVID-19

Tehran, 26 October 2021: The Government of Japan has renewed its long-standing solidarity with the Islamic Republic of Iran by signing a project agreement with the World Health Organization Country Office to support consolidation of national efforts to respond to the COVID-19 emergency across the nation.

The financial donation agreement was signed between Dr Syed Jaffar Hussain, WHO Representative and Head of Mission to Islamic Republic of Iran and Mr Hirotaka Matsuo, Charge d'Affaires ad interim in Japan to the Islamic Republic of Iran, during a solemn ceremony in Tehran on Tuesday 26 October 2021, in the honorary presence of Dr Jalal Naeli, Deputy Director General of International Relations Department at the Ministry of Health and Medical Education.

The grant aid project worth 6.3 million USD will provide a total of six MRI machines to the Islamic Republic of Iran to strengthen its capacity to address the ongoing COVID-19 crisis in the country. These MRI machines will be delivered to public hospitals in five provinces of Iran namely Tehran, Khuzestan, South Khorasan, North Khorasan and Chaharmahal and Bahtiari, and WHO Country Office will be responsible for the procurement and delivery of the items.

Dr Hussain expressed his gratitude to the Government of Japan and the Japanese Embassy for their support which would greatly support the healthcare system in dealing with the viral disease.

“I would very much like to thank the Government of Japan, and His Excellency Mr. Aikawa Kazutoshi, the ambassador of Japan to the Islamic Republic of Iran for making this grant available to the country through WHO,” he said. “The 6.3-million-dollar grant will greatly facilitate the effective response of the government of the Islamic Republic of Iran to COVID-19, particularly in the diagnostic and therapeutic aspect. The MRI machines which WHO will procure through this grant will not only serve the COVID-19 response, but at the same time for a medium-to-long-term to many other illnesses and diseases, which currently are of very important nature.”

“The coronavirus infection rapidly expanded all over the world and threatened not only human lives but also the world’s economy. From the very beginning of the outbreak of corona virus, the Government of Japan considers that the emergency response to protect human lives and minimize socio-economic impacts is essential,” said Mr Matsuo at the event. “I am convinced that these six MRI machines will contribute to preventing the further spread of the coronavirus infection in each region in Iran and will help local people to cure diseases.”

Mr Matsuo underlined that improving the health sector is one of his embassy’s key priorities. “Japanese knowledge and technology in this sector can play a key role to strengthen the relations between Japan and Iran,” he noted.

While thanking the Japanese Government for their recent donation as well as the previously provided support to the Ministry of Health and Medical Education, Dr Naeli expressed hope that the current and similar collaborations in the future will help support those most in need.

Mr Matsuo also thanked the Iranian Ministry of Health and Medical Education and Ministry of Foreign Affairs as well as WHO for all the efforts made to fight against COVID-19, and hoped that the world will soon overcome the challenges posed by this pandemic.

Since the emergence of COVID-19 in early 2020, the Government of Japan has donated about 34 million USD to support Iran in combating the pandemic through partnerships with various United Nations agencies in the country including WHO, UNDP, IOM, UNHCR, WFP and IFRC. The assistance by the Government of Japan to the day comprises a considerable number of CT scanners, echo sonographies, ABG analyzers along with their consumables, ventilators, portable ventilators, in addition to partial financing of an x-ray angiography machine and a portable digital x-ray system to tackle COVID-19.

The Government of Japan has also supported Iran by rapidly procuring about three million doses of Japan-made AstraZeneca vaccine in July 2021 when the country was going through the immense fifth wave of the pandemic.

The current project comes at a critical time and will significantly contribute to the national preparedness to respond to the COVID-19 crisis through its health facilities across the country.

Japanese Government Supports Islamic Republic of Iran with 6.3 million USD Grant Aid through WHO to Strengthen National Capacity Against COVID-19 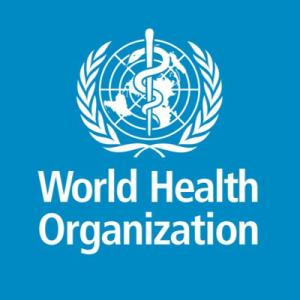